Music and Gigs in Devon and Cornwall

From Phil Beer at Calstock Arts to Blondie at the Eden Sessions, there’s music aplenty in Devon and Cornwall’s many and varied music venues.

Arrived at Watergate Bay with a truck full of teenagers for the Boardmasters Festival to be met by a howling gale and rain lashing down – literally!

A serious case of bad timing but they all decided they just had to get out and go for it, wanting to get a good camping spot. Despite being soaked through within five minutes their spirits were in no way dampened – they went off in the downpour, very very bedraggled but laughing. No photos because it was simply too wet! Back in Tavistock the sun’s been shining and I hope it is now in Newquay for everyone there.

‘Boardies’ has been running for over 30 years now and it brings in around 150,000 people and over £40m to the local economy so it’s a big deal, set on the spectacular North Cornwall coastline.

I quite wish I was there to see Jamirouai…

Update from Boardmasters: the sun is shining! 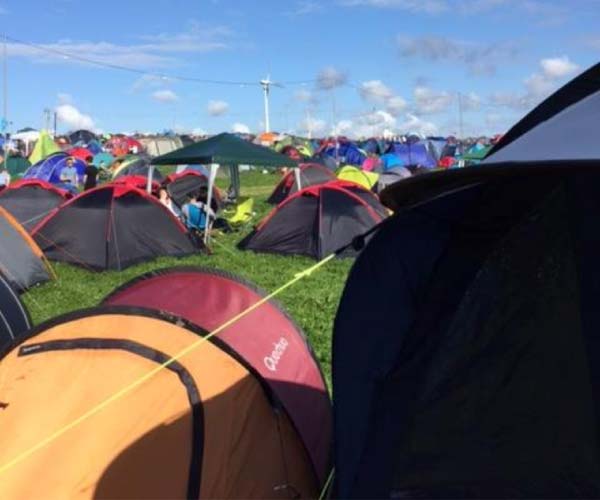 The Eden Project music sessions continue to draw big names; tonight it’s Van Morrison. Slightly mizzly but a very chilled atmosphere. Most of us getting going with Brown-eyed Girl, so limbered up nicely by the time we got to Bright Side of the Road. Sometimes the oldies just simply are the best.

Rather than joining the throngs escaping at the end of the night we stayed once again at the Youth Hostel on site – rooms are made from shipping containers so they’re sustainable, in keeping with Eden’s green credentials. Compact but everything you need for a good night’s sleep. Plus the café is getting a complete refit in a couple of weeks’ time.